In Parliament last night there were lots of heads shaking in bemusement. The Commons gave the government diametrically contradictory instructions to the Prime Minister: no to ‘no deal’; then yes to a proposal that will in all likelihood lead to ‘no deal’. As we milled around central lobby afterwards, queuing to speak to the TV cameras, I saw MPs claiming victory for two opposite positions. Someone is going to be disappointed.

Corbyn’s speech was the culmination of two years of procrastination

If there is a big loser from yesterday it is Jeremy Corbyn; his speech was beyond abysmal, embarrassing to his own side. It was the culmination of two years of procrastination: sitting on the fence over Brexit. A Labour rebellion last night helped the government snuff out a whole series of constructive amendments which would have probably opened a way forward, perhaps to a People’s Vote.

So where do we go next? The Prime Minister has been sent to Brussels to renegotiate, reopening the Withdrawal Agreement on the ‘Irish Backstop’ which she has been told repeatedly is not negotiable. There is a possibility that, in search of a quiet life, the EU Heads of Government and the Commission give in and abandon Ireland. I think not.

So after two weeks pursuing her backbenchers’ fantasies (more time wasting), Theresa May then comes back without a new agreement and we finally reach a dead end: the deal which she originally negotiated versus ‘no deal’. No Deal then becomes a live possibility – no longer just bluff in a dangerous game of chicken. I believe that if we reach that choice, sanity will prevail. Theresa May will see the logic in taking her deal to the country in a People’s Vote against the option of remain.

I had TV interviews this morning telling me that the People’s Vote campaign is flagging. It isn’t. It is a question of timing. The Lib Dems have been at the forefront of this campaign and we are certainly not giving up. Our time will come

This morning I was invited to give a video conference speech to a gathering of 90 Japanese companies in Tokyo trying to make sense of events in the UK. Having worked with and encouraged Nissan, Fujitsu, Honda, Toyota and Hitachi to invest heavily in the UK when I was Business Secretary I was painfully aware that they have invested here primarily because the UK was seen as a ‘gateway’ to the EU single market.

They are already shifting operations out of the UK. They won’t walk out dramatically: they have too much invested here and Japanese businesses don’t do drama. But – hard or soft Brexit – there will be a steady, quiet, draining away of activity. In 5 to 10 years’ time we will miss them.

Outside the Westminster bubble, life goes on. One of the most infuriating byproducts of Brexit is that the rest of the government has ceased to function normally. Big problems are pushed into the long grass. Civil servants are too busy to attend to necessary detail.

Big problems are pushed into the long grass because of Brexit

Amongst the quiet crises building up is the deterioration of law and order – a rise in crime – while police resources are run down. I am getting local residents, in a previously safe area of London, contacting me worried stiff about burglary, theft and muggings. And when they contact the police the response is slow and the crime is not followed up. We now have ‘phantom’ police officers: vacancies that are deliberately kept empty to save money. I am being taken back to my early days in parliament when I set up an All-Party Police Group to bang the drum for the police. Same old.

Last week I passed on my tip for a good book, a gripping thriller: Firefly by Henry Porter. This week I have another fine read: City Without Stars by Tim Baker. It is set in Mexico and the world of drug cartels, very nasty killers, crooked priests and one honest cop. If that sounds like an advertisement for Trump’s wall it isn’t; but it paints a credible but alarming picture of societies where the illegal drug trade has taken over.

I have been fascinated by Central America since I travelled and researched there in the early 1970s (one of the few things I have in common with Jeremy Corbyn). 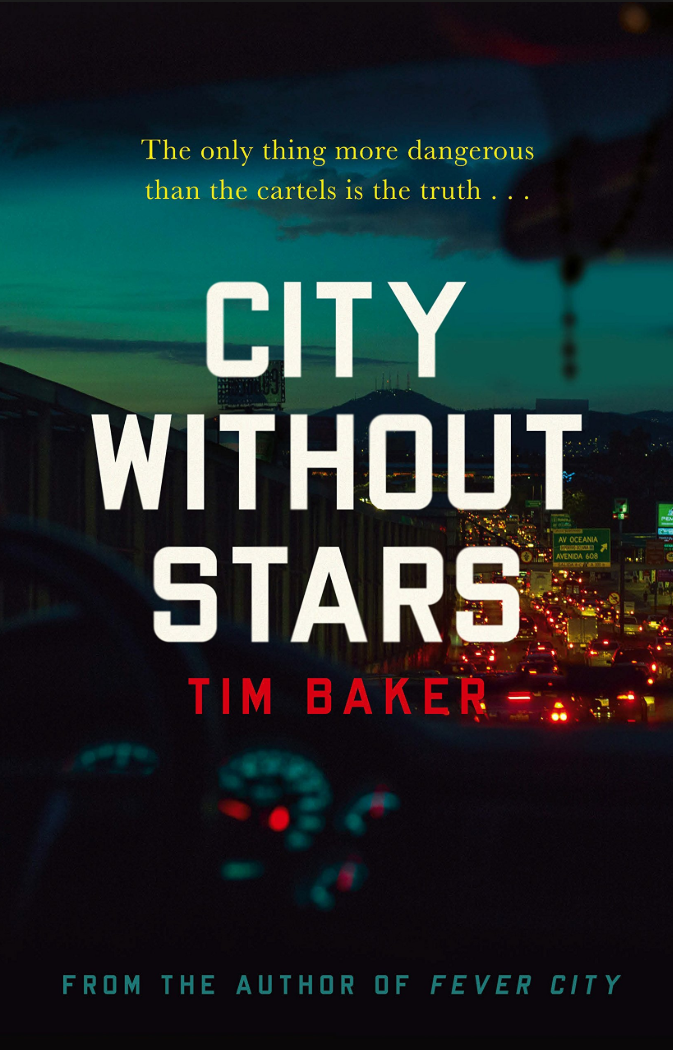