It’s mental health awareness week, and this year’s theme is body image. Many people who suffer from ill mental health, such as having an eating disorder, still don’t get the support they need. This needs to change.

We need early intervention, better training for doctors, and standardised waiting times for adults, like we have for children.

It deeply saddens and angers me that in 2019, despite all the warm empty words from the government about mental health, eating disorders are not given the required attention and funding. Too many people in need of help are being overlooked.

There’s so much pressure to have a “perfect” body.

Over one million people, both men and women, are suffering from an eating disorder right now in the UK. We are ignoring a population the size of Birmingham, who are going through intense personal anguish for extended periods of their lives.

On average, it takes 85 weeks for treatment to start after someone realises they have an eating disorder. If we intervene earlier, and set people on the recovery journey as soon as possible, then eating disorders won’t end up defining people’s lives as they do currently.

I’ve been campaigning with Hope Virgo on her #DumpTheScales campaign, which she started after she was told that she wasn’t thin enough to receive treatment for anorexia, which left her feeling isolated and suicidal.

Last month we handed in the petition to 10 Downing Street, which now has over 70,000 signatures. The petition is gathering more and more momentum, and I couldn’t be happier to support it. 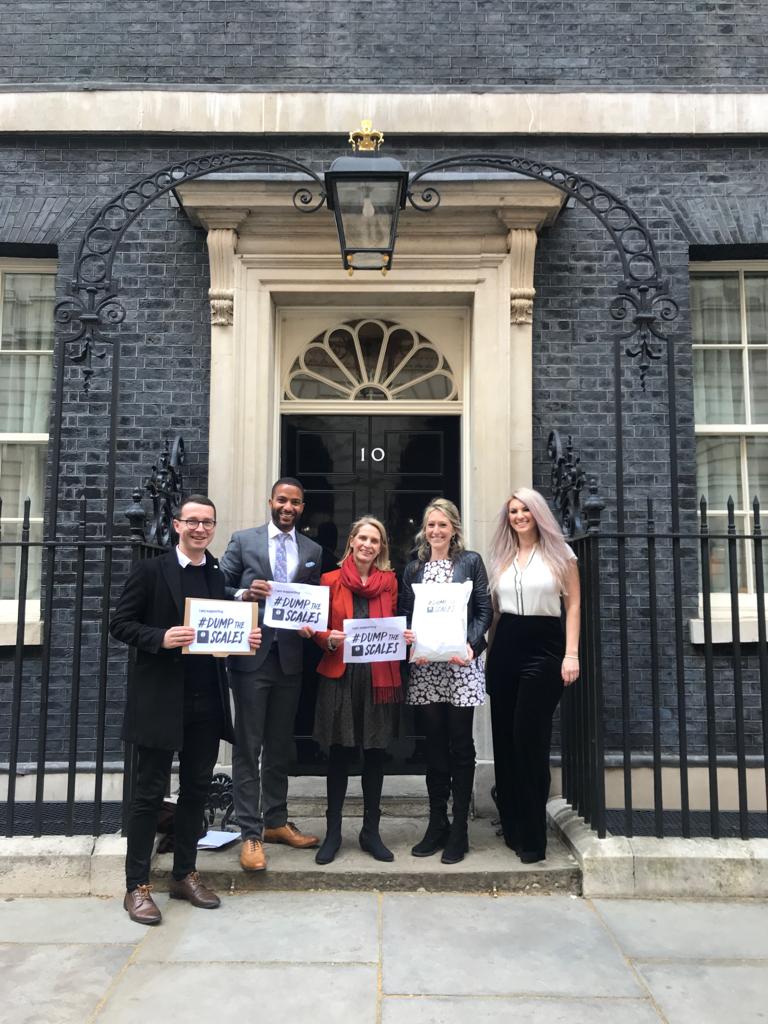 The way doctors see patients is only half of the body image story. The other half is how victims see themselves.

There’s so much pressure to have a “perfect” body. Images of cis, white, able-bodied and thin people still dominate our TV screens, social media and the glossy magazines we read – insidiously suggesting that this is the ideal to aspire to. The pressure on men and women of all ages to look “perfect” has never been more intense. Too many are left to live every day with deep anxiety and self-hate, feeling as though they will never be good enough. This has a disastrous effect on mental health.

Over one million people, both men and women, are right now suffering from an eating disorder.

But stories of positive body image are becoming more common. Not fast enough, but they’re beginning to get traction. We need more people to come forward and say they not just accept, but are proud of their body size, shape, ethnicity or physical disabilities.

We have all had days where we have negative thoughts about our appearance. Let’s try to look in the mirror and be proud of the body we have. But let’s also demand better for those fighting an eating disorder. I’m going to fight for a system of care for eating disorder survivors that’s fit for purpose. I hope you’ll join me in doing so.