Every child deserves the best start in life.

That’s why children’s charities have asked every party leader how their policies will help children and generations to come.

Here are five things the Liberal Democrats will do to build a brighter future for every young person: 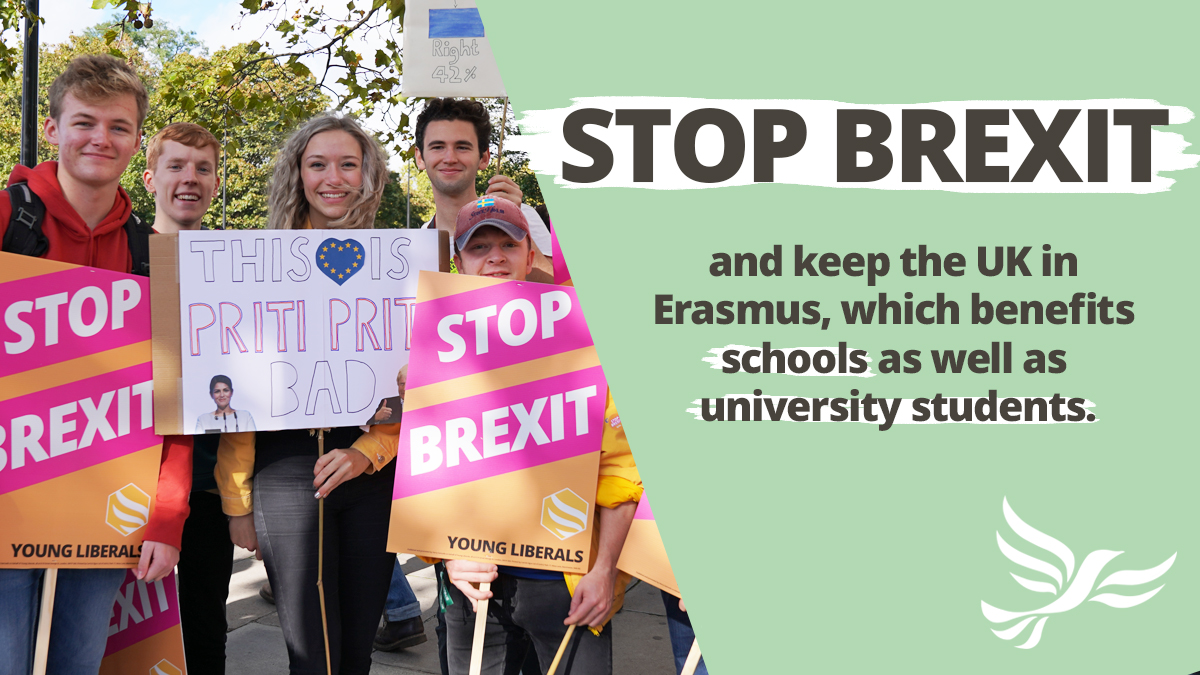 Brexit is a disaster for our young people. It limits our ambitions and our horizons.

Outside the EU, the UK can no longer take part in the Erasmus student exchange programme for schools, colleges and universities.

Brexit makes our children less safe. The European Arrest Warrant lets us track down people accused of crimes against children if they move abroad.

Brexit will make us poorer. If Boris Johnson wins this election, his ‘die in a ditch’ Brexit policy means we could crash out of the EU’s trading bloc in 2021. That would harm our economy and increase debt – meaning we have less to spend on our children and young people.

Only the Liberal Democrats will stop Brexit so we can spend our £50 billion Remain Bonus on public services, like our schools, and tackling child poverty. 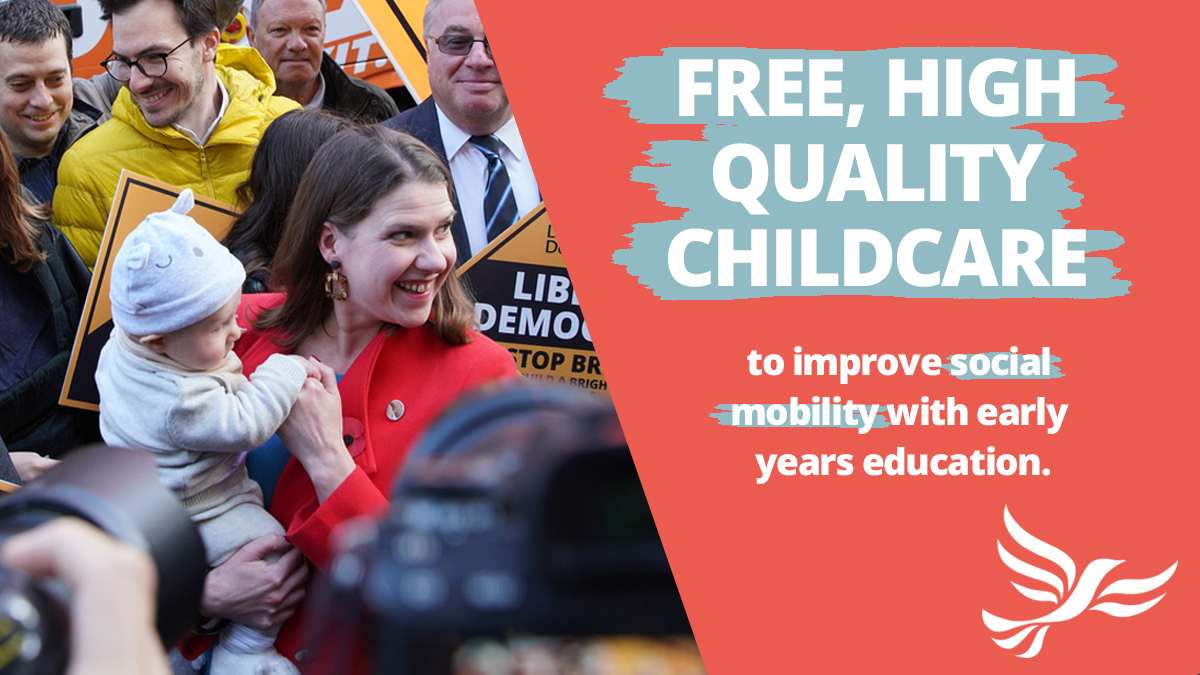 Under the Conservatives, the gap between the performance of richer and poorer children at nursery school is widening.

They’ve turned their backs on families. Working parents can get 30 hours a week of free childcare, but only when their child turns 3 – and it doesn’t cover the school holidays. It’s been so underfunded that some providers have had to close.

Liberal Democrats will provide free, high quality childcare for every child from when their parents go back to work to the day they start school.

The Liberal Democrats’ plan includes 35 hours a week, 48 weeks a year, for every child from 9 months to school age.

We’ll pay childcare providers properly, so that every child has a high-quality place. 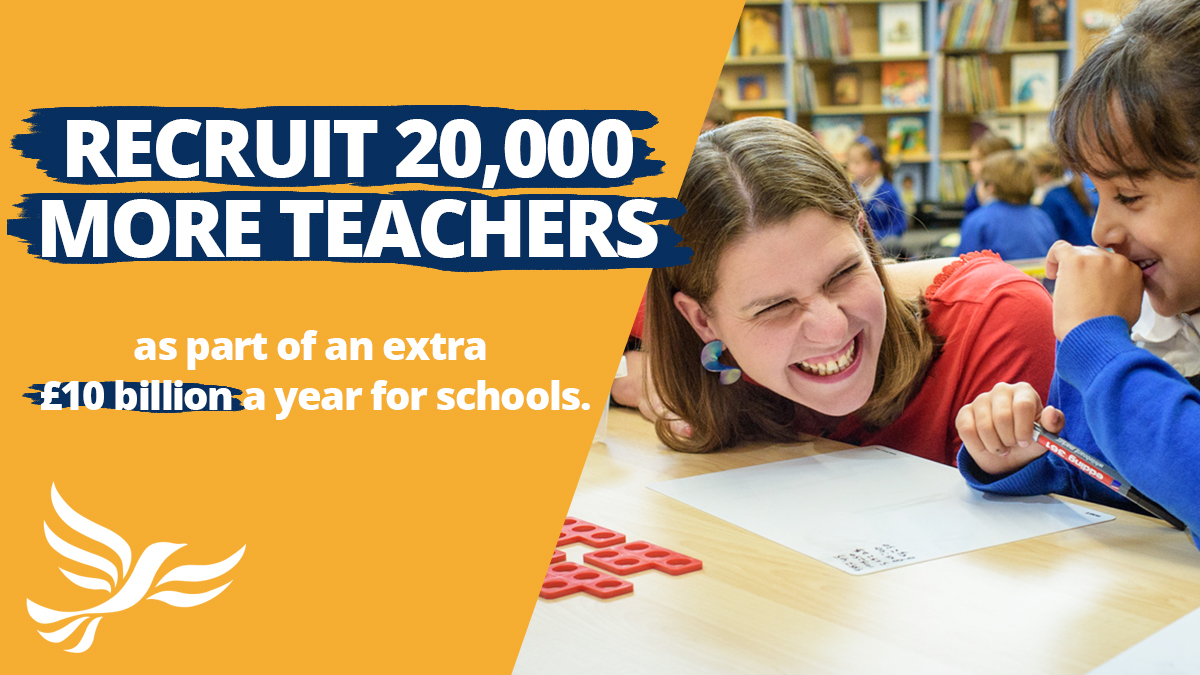 Our schools and colleges should be world-class. But instead, they’re falling behind.

Teaching assistants are being sacked. Cash-strapped councils struggle to help children with complex needs. Some schools aren’t keeping their doors open for a full five-day week.

The Conservatives are failing our children. They have cut school budgets to the bone.

By stopping Brexit, Liberal Democrats can use the Remain Bonus to reverse school cuts with an emergency cash injection.

Children should come home from school happy, healthy and with all the skills they need to succeed. 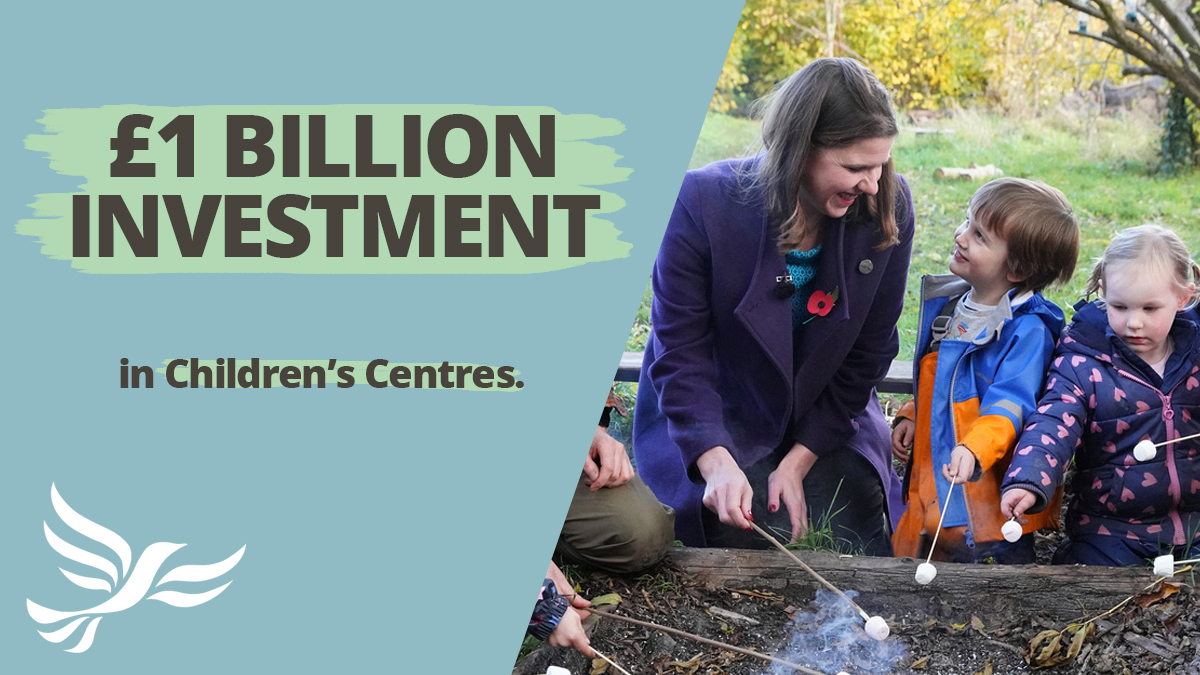 Local councils’ budgets have been slashed – but more children than ever need their support. Councils are spending more on helping children in crisis, so they’ve got less to spend on stopping children getting into crisis in the first place.

Children’s centres provide vital support for children and their families in the first years of life. They give advice to parents on how to manage behaviour. They give free post-natal checks for new babies. They’re a safe space for toddlers to play.

Liberal Democrats will support our most disadvantaged young children, by spending an extra £1 billion a year on children’s centres. 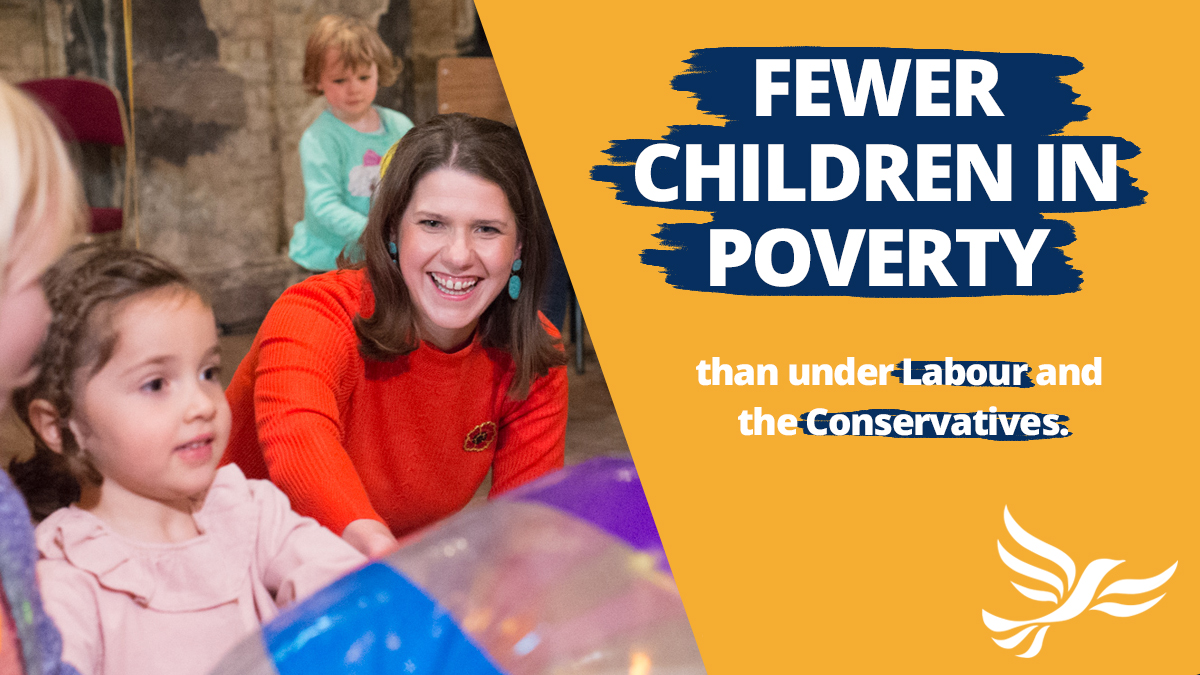 The Tories botched the roll out of Universal Credit and they made brutal cuts to benefits in 2015.

Liberal Democrats will support children in poverty. We’ll scrap the two-child limit and the benefits cap and let families where both parents work keep more of their money.

That’s why the independent Resolution Foundation says that our manifesto does more to help child poverty than both Boris Johnson’s Conservatives or Jeremy Corbyn’s Labour Party.

Under the Liberal Democrats, 600,000 fewer children will be in relative poverty than under Boris Johnson.

The Liberal Democrats are the only party that can win seats off both the Conservatives and Labour – so we can stop Boris Johnson, stop Brexit, and build a brighter future for our children.

Want to help us?