? Our spokesperson on the climate emergency @Wera_Hobhouse has launched our manifesto to tackle it.

?? The UK has a moral duty to lead the fight against the climate crisis.

? The Liberal Democrats have a plan for a greener, brighter future ?https://t.co/tGjJFkJqt7pic.twitter.com/JSAy37bES2

The Tories have banned on-shore wind, slashed support for solar power and cancelled the Green Deal. They are persistently hindering and delaying climate action.

The Liberal Democrats will make real change happen. We will build a world with clean air, clean waters, and where wildlife can flourish.

We have a clear, ambitious and realistic plan to cut most emissions by 2030 and get to net zero by 2045. 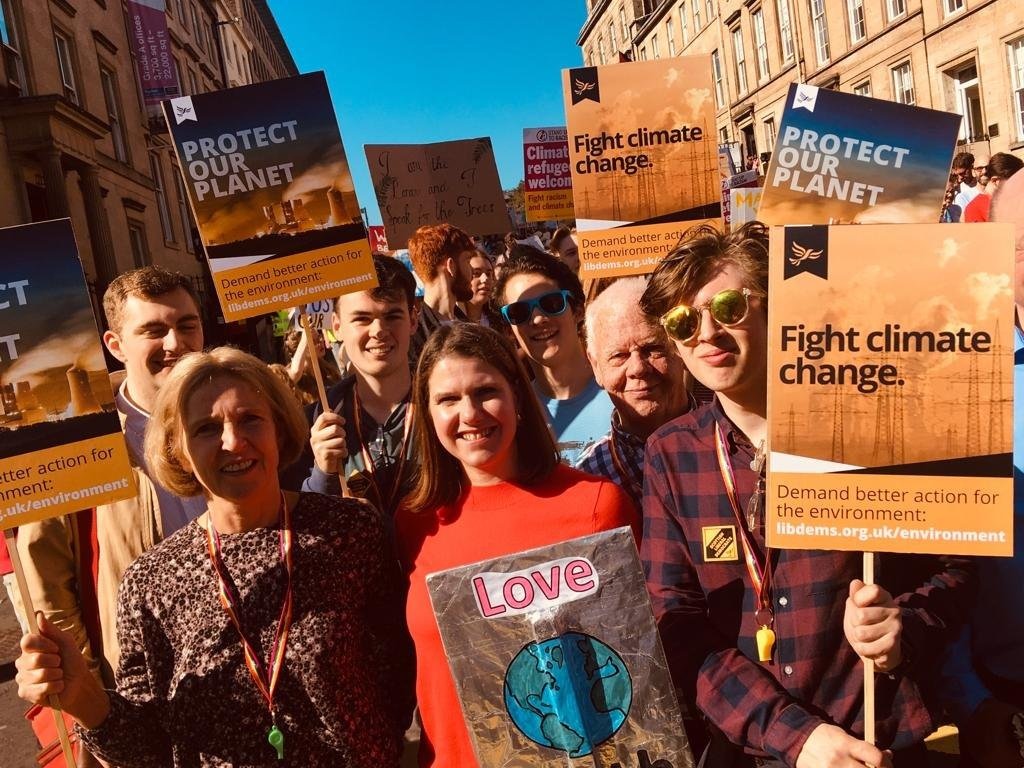 We will generate 80% of our all our electricity from renewables by 2030. That means onshore and offshore wind, solar and marine power.

This includes the extra demand for electricity in the future as we transition out of fossil fuels. We will also reinstate the Green Investment Bank and support community energy.

“The UK is now a world leader in offshore wind. It is now the cheapest way to generate electricity, because of the support for that industry that was put in by the LibDems.” – @JoSwinson#ClimateDebate

More on our plan to tackle the #ClimateEmergency?https://t.co/3pNl97AYU2pic.twitter.com/5i7ZYwhkTr

We will bring in an ambitious program to retrofit existing homes to the highest energy efficiency standard feasible.

Not only will this tackle the climate emergency, but it will save money for families everywhere, cutting £550 off the average energy bill.

We will prioritise all fuel poor homes, retrofitting all of them by 2025. All landlords will be required to reach minimum levels of energy efficiency as a requirement for renting out.

We will create incentives for all homeowners to convert their homes through a new Green Deal. 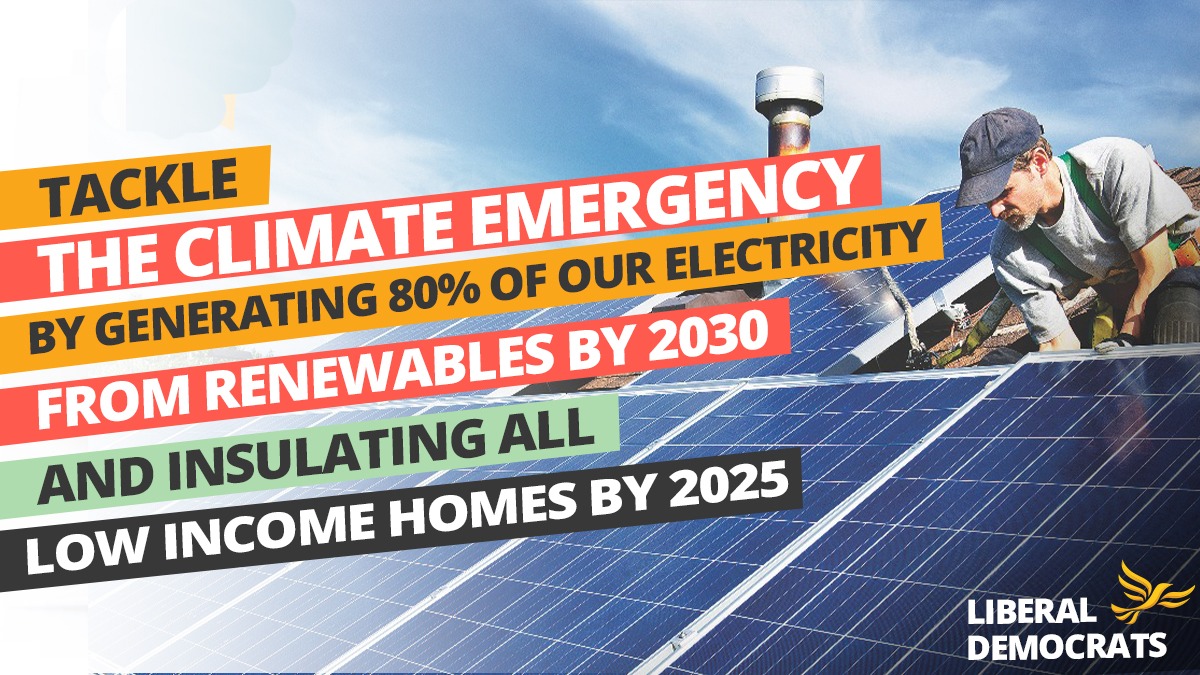 Instead, we will encourage the rapid take-up of electric vehicles by legislating to end the sale of new diesel and petrol cars and small vans, including hybrids, by 2030, and accelerate the installation of charging points.

? Swipe across to read about our clear, ambitious and achievable plan to cut most emissions by 2030 and get to net zero by 2045. #brighterfuture #GE2019 #VoteLibDem

Planting trees is one of the most viable ways of removing carbon from the atmosphere and is vital for achieving net-zero greenhouse gas emissions.

Only 1,420 hectares of trees were planted in England in the year to March 2019, 71% short of the Conservative government’s target of 5,000 hectares for the same period.

The Liberal Democrats will undertake the largest tree-planting programme in UK history.

?Planting trees is one of the best ways of removing carbon from the atmosphere & is vital for achieving net-zero GHG emmissions

We will ban non-recyclable single-use plastics and replace them with affordable alternatives, aiming for their complete elimination within three years.

This is a first step towards ending the ‘throwaway society’ culture and part of our ambition to end plastic waste exports by 2030.

The Conservatives have claimed they will cut plastic pollution but all they have done in reality is attempt to get headlines with piecemeal bans on straws and stirrers.

We have a radical plan to eliminate plastic pollution. Learn more here ?https://t.co/00JYlvqq9npic.twitter.com/1cWfHKf4sC

We will spend £100 billion tackling the climate emergency and cut greenhouse gases in every sector of the economy to achieve net-zero emissions.

We have a fully-costed, bold plan to protect our planet now and for generations to come.

A vote for the Liberal Democrats is a vote for a government that will take the climate emergency seriously and build a brighter, greener future.

Read our full plan for tackling the climate emergency here.