Making access to support services a right for victims of sexual violence and abuse a right was one of the recommendations of the 2018 APPG on Sexual Violence.

Yet two years on, and throughout the UK survivors are still being told that they have to be added to shamefully long waiting lists, or that waiting lists are closed. The situation is abhorrent.

The Istanbul Convention says there should be at least 150 Rape Crisis Centres in England and Wales, but currently there are only 44. 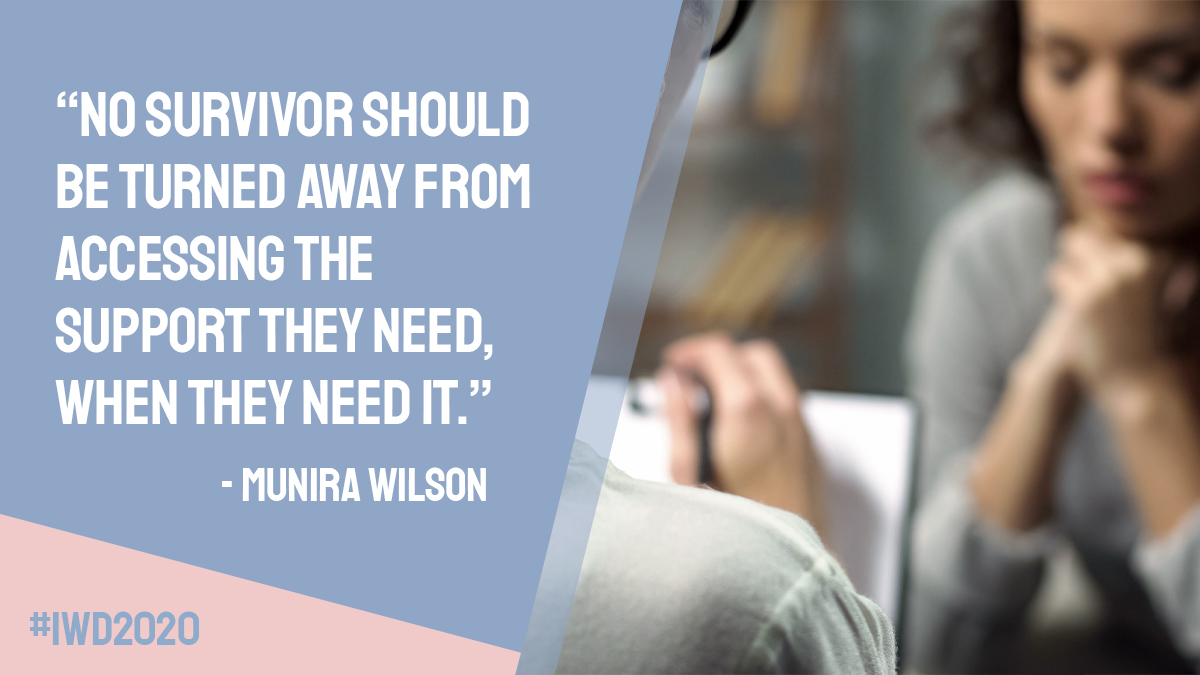 Fern Champion, a campaigner fighting to enable all survivors of sexual violence to access specialist counselling services, said that:

“Survivors of sexual violence have been let down time and time again by a series of governments who have failed to take the under-funding of rape support services seriously. Two years ago I found myself unable to get onto a rape crisis waiting list and it is utterly shameful that there are still women in that position today.”

Cases like that of Fern Champion show the shocking reality: the level of funding for rape crisis centres and refuges is completely inadequate, leaving survivors vulnerable.

The Tories’ failure to act to improve the system shows callous disregard for those people affected by domestic violence and abuse.

No survivor of sexual abuse or domestic violence should be left without access to specialist support.

Today, @munirawilson is introducing a Bill that would make this vital support a right, not a privilege. Learn more ⬇️https://t.co/cPB6p07I3T

No survivor of sexual abuse or domestic violence should be left without access to specialist support. This is non-negotiable and my Bill would make it a right, not a privilege.

I am urging the Government to show real leadership, take this Bill forward and ratify the Istanbul Convention – signed in 2012 – as a matter of urgency.

A Bill to establish a right to specialist sexual violence and abuse support services for victims of sexual, violent and domestic abuse; and for connected purposes.

“It’s outrageous we’ve got 6,000 women across our country waiting for that specialist face to face support after they’ve suffered sexual or domestic violence.” – @munirawilson

Liberal Democrats are fighting to secure a guarantee of specialist support for survivors. pic.twitter.com/ZCy1ksmi2Q

No survivor of sexual abuse or domestic violence should be left without access to specialist support. This is non-negotiable and this Bill would make it a right, not a privilege.

I hope to see the Conservatives take forward my Bill in supporting these vulnerable women have the best chances in life.

Liberal Democrats will continue to fight to secure a guarantee of specialist support for anyone affected by domestic violence or sexual abuse.