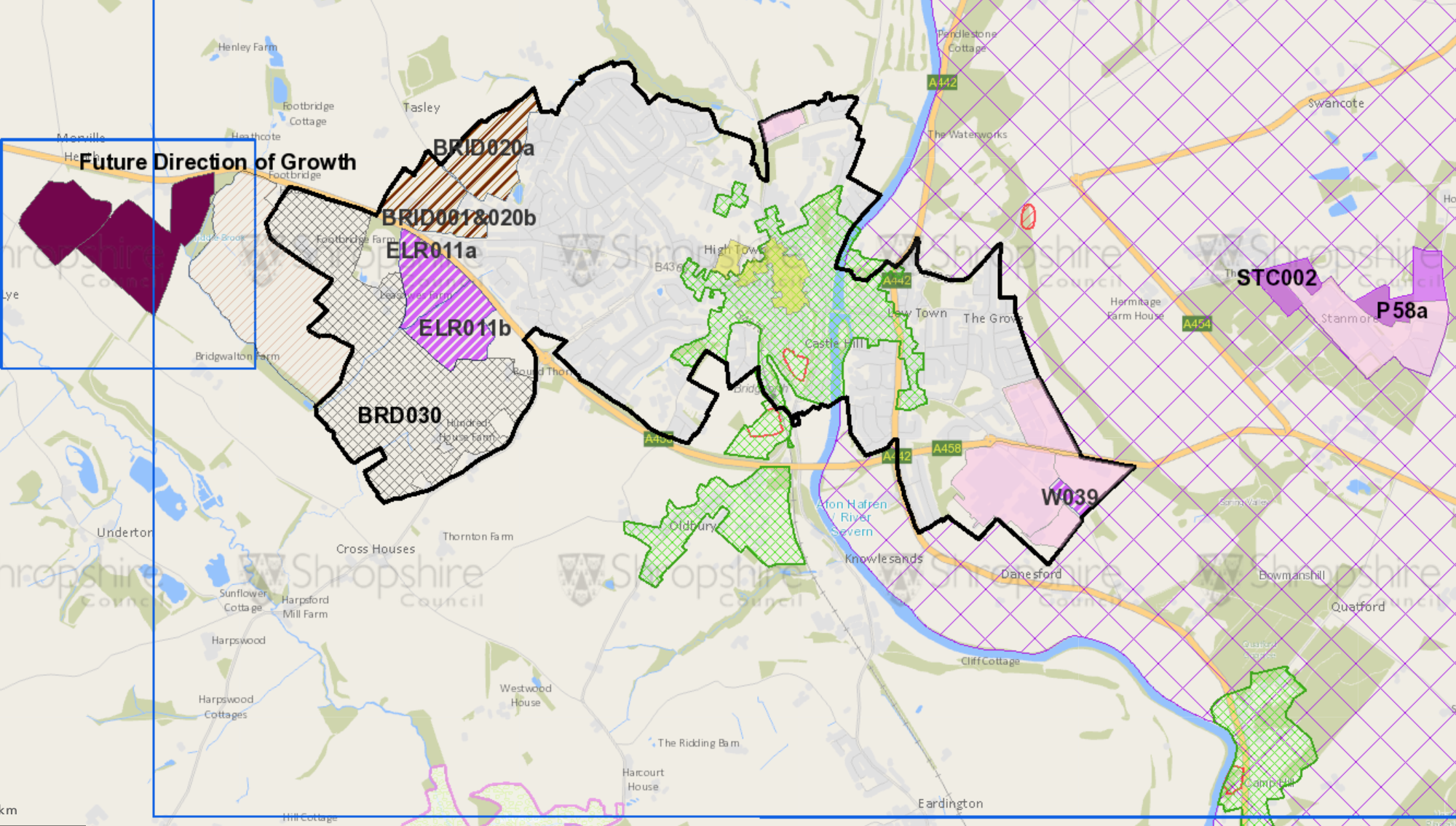 Conservative controlled Shropshire Council is supporting controversial plans to make a Garden Village at Tasley the centre of future house building in the Bridgnorth area.

Shropshire’s local plan allocates land for building, and the Council is updating it. The new plan will guide development from its formal adoption, probably in mid 2022, until 2038 – and beyond.

There are existing plans for 500 homes in Tasley, with employment land and a relocated livestock market the other side of the A458 Bridgnorth by-pass. On top of that, the Council now intends to earmark 1/2 square mile of farmland to the South of the A458 for a “Garden Village” with 1,050 homes and employment land. This would see development running for nearly a mile alongside the A458, and 1/2 mile along the Ludlow Road. After 2038 the development would move further West.

Shropshire Council previously supported a different Garden Village proposal at Stanmore, using protected Green Belt land. The Council dropped that as its preferred option after housebuilders Taylor Wimpey put forward the scheme at Tasley (which isn’t in the Green Belt) in March this year.

When the Stanmore proposal was consulted on early in 2019 it attracted a lot of public comments. The report prepared for Shropshire Council said that “a large number of residents” had expressed concern about the scale of building proposed and the impact on Bridgnorth’s infrastructure and facilities. The new proposal doesn’t address those concerns, it just changes where the building would be!

“It’s difficult for local families to get on the housing ladder and a lot of people who would like to live in Bridgnorth just can’t afford it. But relying on just one big developer led scheme we would be very dependent on their commercial priorities and what they see as profitable. It’s especially worrying with the government saying they want to ‘build, build, build’ and threatening to take away the local element of planning decisions. We need to make sure that we get it right in this Local Plan – it could be our last chance before the rules change.”

Have your say – deadline 30th September

Shropshire Council is running a public consultation. It’s mainly online, and you have to download the information you need from this website address:
https://www.shropshire.gov.uk/get-involved/reg-18-pre-submission-draft-local-plan-consultation/

There’s a long list of documents on the website – the overall plan is the 1st on the list: Regulation 18: Pre-Submission Draft of the Shropshire Local Plan 2016 to 2038.pdf. The Bridgnorth section is on pages 169 to 179. Forms and instructions are at the end of the list. You submit one form A (personal details), and as many form B‘s (your comments) as you need. You can email completed forms or post them.