The Lib Dem Group on Shropshire Council have become the latest group to put pressure on Teresa May the Home Secretary over the issue of recruiting extra nurses for Shropshire hospitals.

Deputy Leader of the Group, Cllr Charlotte Barnes (Bishops Castle) said: "Shropshire Hospitals are facing serious shortages of nurses and are effectively unable to recruit outside the UK. We have received an urgent plea for all elected representatives to write to Teresa May asking that she does two things – recognise that we have a shortage and change the points system for nurses so that they are given priority.

"Its unfortunate that we never seem to get nursing training right in the UK. Only a few years ago a colleague of mine's newly qualified daughter couldn't get a job because there we too many nurses being trained. We now find ourselves in the same situation as the 1990s with too few.

"The upshot of this is that Health Trusts up and down the Country, including Shropshire, are having to spend millions on agency staff because of the lack of joined up thinking in the Government. We simply cannot let this impasse continue.

"What are hospitals to do if the process of employing staff from Europe and countries outside the EU makes recruitment nearly impossible? The Shrewsbury and Telford Hospitals NHS Trust have asked for support in raising this issue with the Minister and we have willingly done that." 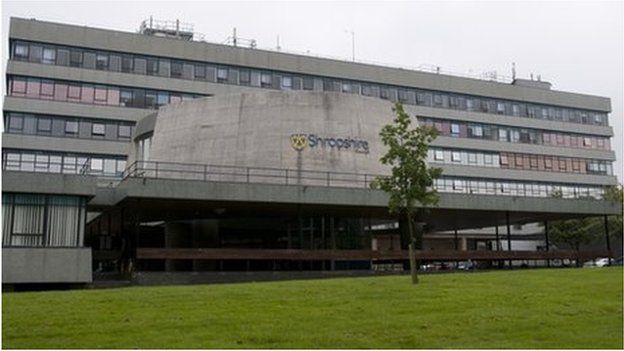 A council is accused of wasting money after it was revealed it was renting offices for workers a few miles away from its headquarters.

Liberal Democrat Charlotte Barnes said the staff could work out of Shirehall.

“We are working really hard to make all these savings, cuts people are finding really difficult to bear, and yet we are giving council money away when we have buildings we could house these people in,” she said.

Well said Charlotte! It really is absurd to waste hard earned public money on office space when you already have space to accommodate them.